The church of Saint Lenart

Branch Church of St. Lenart on the cliffs in Bodešče is a Gothic church from the first half of the 15th century. The church has been preserved to this day in an almost unchanged form. It is very famous for the paintings, which were not made all at once, but in several intervals. The Baroque Gothic one-nave church with a star-vaulted presbytery dates from around 1440, a Renaissance shed and a baroque bell tower is one of the most important sacral monuments in the northwestern corner of Gorenjska.

In 1881, Dr. Joseph Mantuani discovered the greatest asset of the church, wall paintings on the façade and in the interior, reflecting several paintings from the 15th and 16th centuries. The master of the Bohinj Presbytery painted the frescoes of St. Christopher and St. Lenart on the north exterior of the presbytery and the altarpiece on the outer wall of the triumphal wall. Twenty years later, he was followed by a master from Bodešče with the decoration of the presbytery according to the principles of t.i. of the Carniolan Presbytery. The walls depict saints sitting in the fields, under them a series of standing apostles, and on the triumphal wall has a depiction of Jesus among the scribes. The same painter also decorated the exterior of the presbytery with the depiction of St. Nedelja and the west façade of the nave in the shed with pictures of St. Floriana and St. George. The equipment is late Baroque. Altar paintings of st. Vid and St. Florian (oil on canvas) lateral altarpieces were painted by the Carniolan painter Leopold Layer (1752-1826), a statue of St. Of John Nepomuk and St. Francis Xavier on the altar of St. Florian in the north is the work of the Carniolan sculptor Valentin Vrbnik, while two statues on the altar of St. Vid are made by an anonymous sculptor of inferior quality.

The main New Renaissance altar is from the 19th century. According to Lavtizar’s records, there were two bells in the bell tower. The older one is from the 16th century, without the bellman’s name and year inscribed, and the smaller and newer ones are from the 17th century, with the year 1618 and the bellboy’s name, Elias Sombragh. 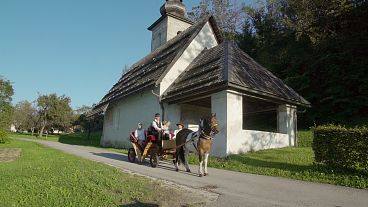 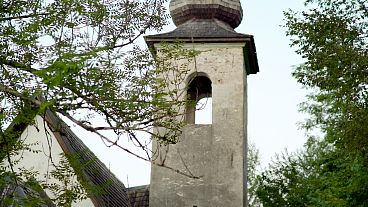 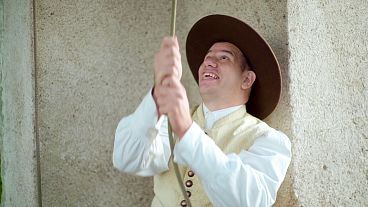 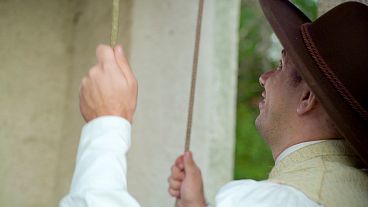 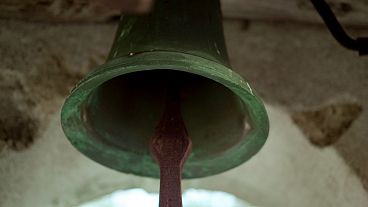 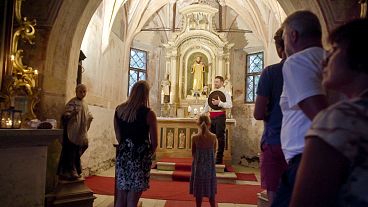 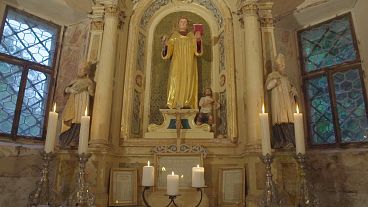 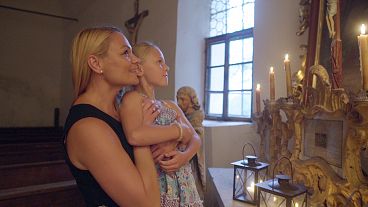